If you like risk or if you see this as a risk-on environment, then you should consider looking into high-multiple tech stocks. They tend to perform best in risk-on environments. Investors are anticipating future growth, which increases the odds of stock appreciation. That said, it’s not that simple.

There is a lot of talk about an economic recovery, but do you think the U.S. economy can grow as the rest of the world is slowing down? Multinationals will have a difficult time regardless of U.S. dollar conditions. Domestically, while the unemployment rate is low, the majority of jobs being added are low paying. When you combine that with higher credit card debt levels than 2008, it’s difficult to see a scenario where the U.S. delivers sustainable growth. Additionally, some economists are now doubting Bureau of Labor Statistics numbers. (For more, see: Latest Labor Numbers: Good News for the Market?)

You might be wondering how this relates to high-multiple tech stocks. It’s more related than you might think. The Federal Reserve and other central banks are doing everything in their power to keep the facade glowing. To the credit of these central banks, they have been underestimated to a large degree for many years. Despite weakening global economic conditions, as well as warnings from the IMF and the Bank for International Settlements, you can’t rule out the possibility of the central banks keeping the show running. This is what is creating incredible confusion on Wall Street. Investors and traders simply don’t know when the show stops. When it does stop, high-multiple tech stocks will drop faster than rocks being kicked off the side of a mountain.

Fortunately, there is good news. While the majority of high-multiple tech stocks are not profitable, there are exceptions. Of those exceptions, there are two stocks that stand out in a positive manner. It’s possible, if not likely, that these stocks would take a hit in a bear market. But based on the underlying fundamentals, they would also have strong potential for being the first to rebound, allowing patient and dollar-cost averaging investors opportunities to maximize their long-term gains. Below is the full list of high-multiple tech stocks followed by the positive standouts.

Of the 22 high-multiple tech stocks listed below, only eight have delivered profits in their last four quarters, and only six of those have delivered consistent revenue and net income growth over the past three fiscal years. Of those six, only two have shown stock appreciation over the past year. This indicates strength in a volatile market. Based on these metrics, it’s those two stocks that should be on your radar.

High-multiple stocks present a high risk, especially in an uncertain economic and stock market environment that is largely being driven by accommodative monetary policies. You might want to consider looking into companies that offer underlying strength in a volatile market. 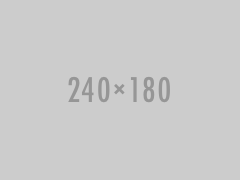 How can we help? We'd be delighted to assist with anything.